I found this turtle in out garden and was intrigued by its sideways retracting neck and golden, reptilian stare. It was had a flat body,  flipper-like claws and a highly situated nose. I assumed it was adapted to water and decided to take it to a nearby dam.

Afterwords, I did some research: It’s a fairly common freshwater turtle which prefers stagnant habitats like marshes, pools and lakes. They occur throughout Africa and has a conservation status of “least concern”. Man made dams and reservoirs helped them expand their roam and increase in numbers. They are also omnivorous eating from plant, tadpoles, small fish up to small birds coming to drink water.

These semi-aquatic turtles can easily be identified by their flat bodies, sharp claws, sideways retracting necks and the two tentacles underneath their chin.

Apparently these turtles leave their homes in search of new habitats, especially after rain. We have our sprinklers on in the summer – which was probably what had attracted this fellow.

I went berserk with fascination upon seeing this turtle and had a royal time photographing it! What a pleasant surprise! 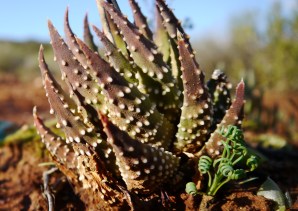 “A good snapshot keeps a moment from running away.” ― Eudora Welty

Iowa Girl on the Go

An Iowa travel and discoveries blog