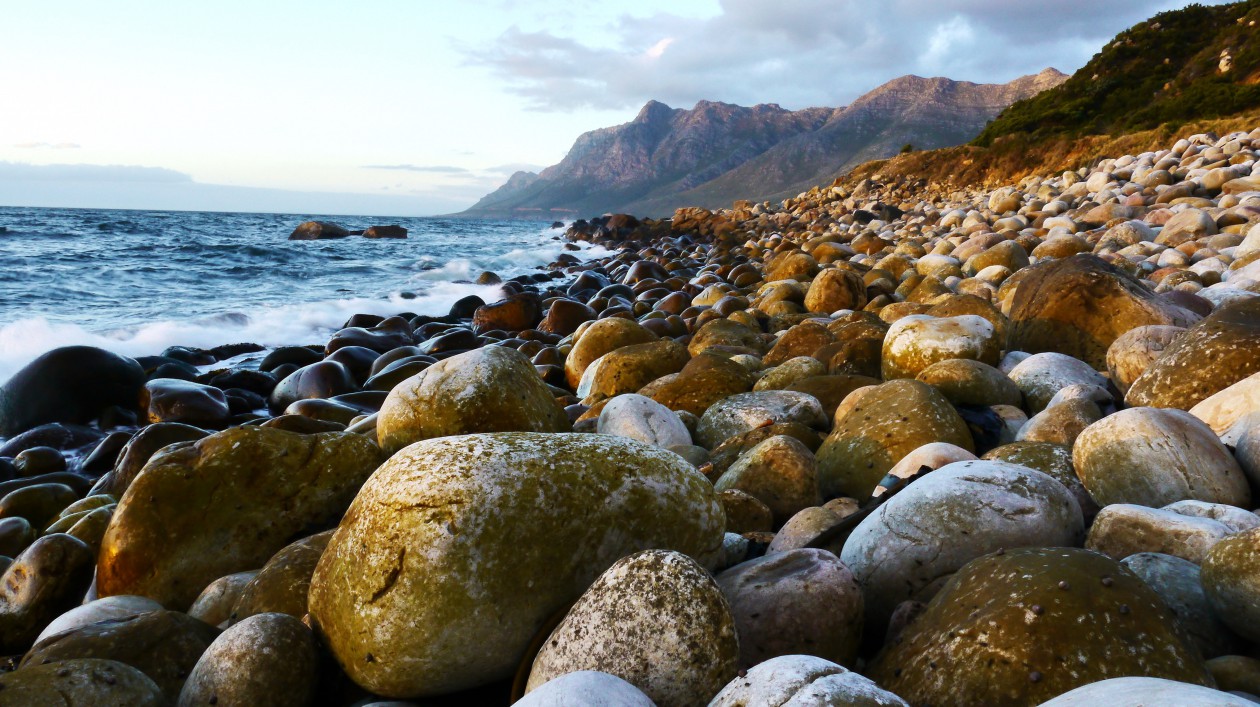 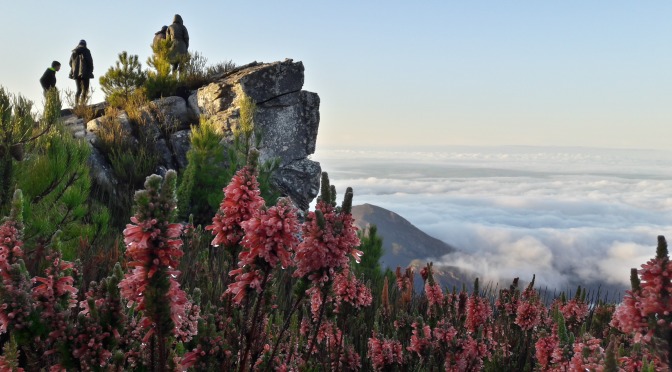 In the winter holiday of 2019 a group of students decided to answer the mountains’ calling and set out into the Riviersonderend mountain range. We decided to pack our bags and overnight on the crest of the mountain.

The five of us set out in a foggy, overcast sky. This made the fynbos with water beads hanging from the leaves  take on a crisp green color. As we walked into a dense cloud, the whole scene chanced as we were surrounded by whiteness, large sandstone boulders with various shapes appearing as if from nowhere and the song of seemingly near sunbirds filled the surround. 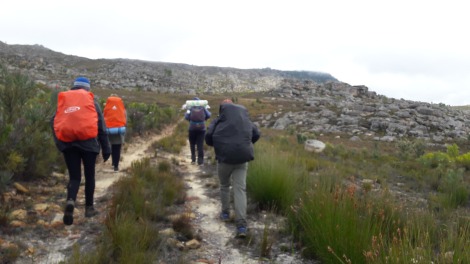 On the road upward

The trail was an old jeep track, so we only faced the increasing incline as we neared the crest. We only carried our drinking water for the two days as I was banking on the fact that we ought to come across several mountain streams as it was raining a lot the past few days. I was surprised and eventually a bit anxious as we reached dry stream upon dry stream. We would have no water for preparing our food or drinking coffee on top.

This was likely because it was still early winter and the ground was not yet saturated enough  for the land to form water streams.

Someone was looking after us as, much to my relief, we eventually found a small, steady mountain stream just before our final steep ascent. We could fill up and not have to ration on our water. No dry 2-minute noodles and oats for us!

Our final ascent took us even higher unto the mountain and we became completely enveloped in the clouds. With the view hidden from us, we pushed on and made our camp for the night.

To our surprise and delight, it was almost completely wind still on the mountain crest. We prepared our supper while sitting in our tents – a mix of bacon, green pepper, onion and 2-min noodles finished off with a cappuccino and chocolate!

Morning greeted us with one of the most spectacular sunrises we’ve ever seen! The valley was partially covered in a blanket of mist with the mountain ranges surrounding us protruding like large spiky islands. Some clouds still on our altitude came rushing towards us which created a very dramatic scene with the sun rising in the distance.

We ate our oats and coffee breakfast in style while sitting and taking in the scenery around us. Eventually we packed up and forced ourselves down the mountain back to the busy modern life of humans.

Taking in the last of the view

I’ve been on this mountain a couple of times and I have always left with an impression of the humbling grandiosity of our natural world.

Trees and  boulders passing by like wraiths in the mist. A baboon barking somewhere in the distance. Surrounded by a white abyss.

Genadendal is a small town on the Southern side of the Riviersonderend mountain range. It’s home to the first mission station in southern Africa. Genadendal Moravian Mission Station

The hike starts at the old church and takes you 12km over the mountains to the Agterkliphoogte valley.  After a night in the luxurious DeHoek Cottage you start with a tough ascent then a descent to Genadendal. Day two’s distance is 9km.

Spectacular views – on a cloudless day. Beautiful rocks and refreshing streams. We stumbled across old leopard dung, a reassuring taught, and some beatiful fynbos like the green heath.

“A good snapshot keeps a moment from running away.” ― Eudora Welty

Iowa Girl on the Go

An Iowa travel and discoveries blog